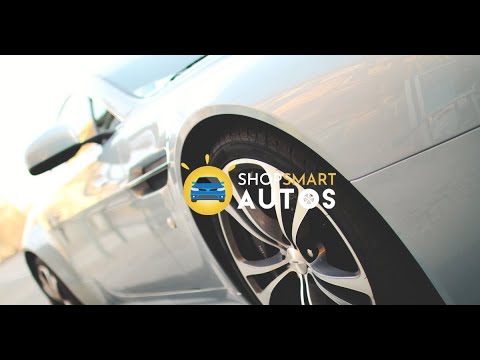 Hi brandon hardison president of champion strategies and spokesperson for shop, smart autos, giving you the consumer information that can assist you with your automotive buying experience.

So let’s get right to it, we’re still under the labor day weekend.

So congratulations.
It’s a great time to shop! For a car, not only is it the last weekend of summer, but it is also when new model sales begins and used.

Car bargains are a little bit easier to find so to help you get the best car at the best price shop, smart autos.
We analyze more than 18 million used vehicle sales to identify which vehicles are most frequently discounted.
Over the labor day weekend.

Shop, smart autos have found 12 vehicles that have more deals on labor day, then a typical day with deals defined as a discount, at least five percent or 952 dollars off the average used car price of about nineteen thousand and forty dollars.
Now the results include some of the nation’s more popular vehicles, with an equal split between domestic and japanese brands.
The top ranked vehicle the most this labor day is the chevrolet impala one of the longest running models of general motors.

It’s redesigned from the 2014 model year.
This large sedan has 47.
5 percent more deals than usual, almost double the next car, which is the toyota camry.

It has 27.
4 more deals than average prices for usual impalas and camrys average about 16, 480 and fifteen thousand eight hundred eighty dollars respectively.
So a five percent discount could mean savings of eight hundred dollars or more just for these two top vehicles.

Anyone looking for a deal on a sedan should also add these very popular passenger vehicles to their list this labor day.
That’s the nissan altima, the honda accord and the toyota corolla.
All of them have at least 15 percent more deals than usual.

Just because it’s the labor day weekend coming in next would be the ford explorer.
It’s only one of four suvs with a substantial discount.
This labor day weekend, if you’re bargaining and you’re trying to find something in a segment that seems like it’s been out of your reach: try the nissan, rogue, the chevy equinox and the toyota rav4.

Now, there’s only one minivan, the dodge grand caravan making the list of the top 12 for this labor day weekend.

So you may want to focus your search on the caravan this weekend.
If you need a large vehicle for the new school year and beyond, now ran rounding out, the top 12 are the dodge charger.

The ford mustang.
These two have been great over the years very powerful popular cars as well as fun and a good way to celebrate.
The end of summer, at shopsmart autos, we look it over once again: 18 million used vehicles and we take the deals that have the biggest discount for you, so the average years in the last five model years being 12 to 16.

So, as you do see how the cycle spins around it’s been spinning around again because, as you do know, it did start officially on the 4th.
Today is the 6th of september, and we do know for some manufacturers monday.
The seventh tomorrow is labor day, but some manufacturers were carrying their specials past.

The seventh.
You just need to find out which one this labor day weekend, giving you the deal of all deals for your dollar, fitting into your budget, this holiday season, once again, brandon hardison president of champion strategies and spokesperson for shop, smart autos, as always in party you go Out and make it a champion, .