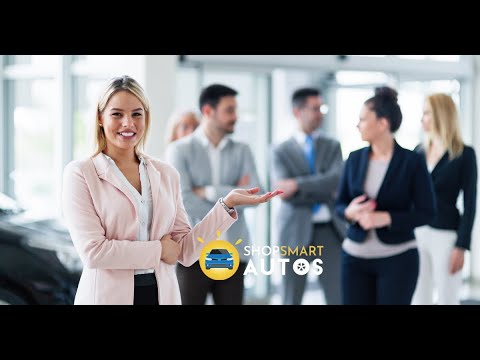 Hi brandon arneson president of champion strategies and spokesperson for shopsmart autos, giving you a consumer the best knowledge base possible when it’s time for you to think about buying leasing or servicing an automotive vehicle.

So let’s get right to it.
I want to go back in time.
If you will a quick road trip to the past and it’s going to be the year 2004, what technology was out in 2004 and the reason it was invented was for customer centricity.

So i know i warped your mind, we’re thinking about the current covid.
We know what 2020 technology looks like, but let’s go back to 2004.
i’ll, give you one mobile phones get smart and indispensable.

If you can remember back, in 2004, cell phones were already popular mainstream device, but the transformation from portable phone to must-have do-it-all device was still a customer-centric dream.

s households still had landlines texting was just becoming a popular means of communication, touch screens weren’t a thing yet taking photos playing games even sending emails was exciting new territory.
Anybody remember the motorola v3 prior to being dethroned by the iphone.

That was the thing of the past and who can remember the first time they heard mp3 players changing the way we listened to.

Music cd sales at the time were still fairly strong in the middle of august, but by the arrival of a slimmed down mp3 player called the ipod mini push those shiny, little discs into oblivity.
Oddly enough, both cds, vinyl lps have recently begun to outsell downloads, because who doesn’t love that vinyl smell and that vinyl vintage record player, even with discs, making a comeback services like pandora and spotify.

They even suggest new music – you might not have ever heard, based on what you’ve already listened to truly using customer data.

These platforms are delivering tunes that are uniquely tasteful to many people’s ears.
So, even though the ipod was pretty great at the time, it could never compete with a recommended playlist of music built on preferences of music lovers.

How about social media movies boy? Facebook wasn’t the first website to connect people online, but it has proven to be the most successful and longest lived, thus far retaining users.
Even in this current coronavirus that we’re going for back in 2004, social media internet was barely starting myspace transition from an online data storage site to social media.
Facebook was a launch from a harvard university dorm room.

It would only take a few years to come to its own, and now facebook is the powerhouse that it is you see.
Time has been good to technology.
If there’s any takeaways for dealerships trying to reach you the consumer in any business relying on technology, it may be the things we’re heading somewhere.

Past 2004 remember we’re in the wayback machine 2004 they’re trying to see what they may need in 2014.
In 2024, the tech of the day was pretty cool for the time, but we were just one rum of the ladder as we climb through technology.

If you look closely, the 2004 technologies didn’t really start flexing until they moved towards customer centricity.

So, with all of this thinking back, i want to ask you this question: does your old crm does your old dms software? Have you feeling stuck back in 2004, because there’s almost many dealers who are sleeping through 2020? Yes, there is a virus, but the virus is out there for all of us, we’re still trying to protect our employees but still retain and even expand our customer base, which is you for those dealers who can step up and understand that we must be digital.
Our whole existence needs to be through our website.

That’s where our customers are at, let’s go to them when they figure that out about you, the consumer, the better off they’ll, be not only for themselves but for the dealership, the dealership, that’s in your community also supporting other businesses in that certain community.
Once again, brandon hardison president of champion strategies and spokesperson for shop, smart autos, as always in the party, please remember, go out and make it a champion day.