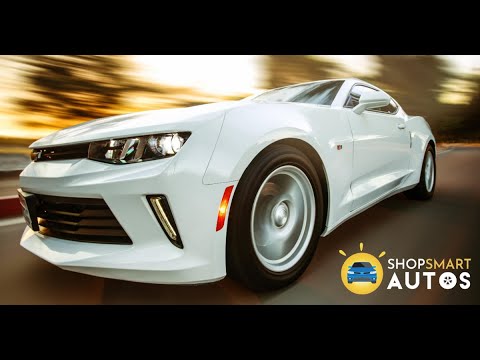 Hi brandon hardison president of champion strategies and spokesperson for shop, smart autos we’re going to give you the consumer, the best information we know about our industry and also our health and mental state as we’re dealing with this code 19 when it comes to retail shopping in General just helping you out so we’re just going to pick up from last time we were asking is now the right time to purchase a vehicle.

That was the key thing we were looking at and we had told you earlier depending on certain parameters.

This may be the best time if you can buy new, be sure to get yourself a great deal despite the pandemic and economic uncertainty.

This might be the perfect time to buy a new car to entice customers, worried about job security and to clear out old, inventory blood due to slow sales.

Many manufacturers and dealers have pushed lower interest to zero percent financing and loan turns out to seven years or longer for new cars, with an initial payment sometime deferred by two or three months.

Other common incentives should include cash back on deep discounts off the manufactured suggested.
Retail price, you know on the glass, the msrp in conversations with dealers, analysts and other industry.

Insiders, like consumer reports, found out that dealers this spring about a four month supply of vehicles they had on hand the norm is one or two months, so they’re generally been willing to accommodate potential customers.
So, according to data from other sources, the average sales below msrp was about 10 in april compared with 8.

At the same time, last year, for example, one manufacturer was offering really up to 85 hundred dollars back on certain pickups that they did have in stock and going out to 84 months financing or 120 day payment deferments.

Another manufacturer was offering zero for 63 months and another one 32.
50 cash back at zero percent for 84 months.
So there are deals out there.

You just need to check with your local individual dealer or manufacturer and see what they’re doing.

In general, we do have experts who do advise caution in taking out long-term loans, though in the right situation, they can represent big savings over time by stretching out the loan terms.
Without additional interest, you can buy more car while keeping monthly payments the same or lower.

But should you remember that at some point over the course of the loan, the car will be worth less than what you owe in the event of an accident that the totals everything in the car? You can end up still owing money on the loan, even after the insurance payment.

So analysts and forecasts also say the idea behind the deals and special offers right now is to increase consumer confidence during a time of economic uncertainty.

So if you haven’t considered leasing for whatever reasons, maybe you need to listen again by taking out zero percent loans on new cars can come out way ahead.
If you invest the money that you would have spent on interest payments is something that could gain interest, something like a mortgage that would have lower financial liability.

What would they like? Better zero percent interest or a longer extended loan? Now, that’s what you need to be thinking about as a consumer.
What fits into what you’re trying to accomplish overall, because you’re going to have to live with it in the long term once we end this pandemic and move on, maybe that long term of 84 months or more wasn’t the right thing to do or by taking that Zero percent down: that’s something that you need to really sit down and think about, or continue to do your research in either case we at shopsmart just want to give you the information.
So this way you can be a better educated consumer and that’s what we’re hoping for once again branded hardison for shop, smart, autos and also president of champion strategies, as always in parting.

You go out and make it a chance.