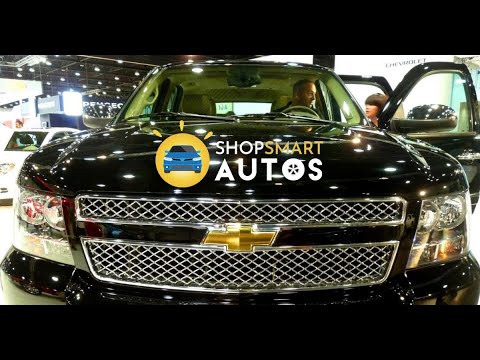 Hi brandon, artisan for shop, smart autos and president of champion strategies helping you the consumer when it comes to your automotive needs during this trying time that the corona virus has placed upon us and others across the world.

So today we want to talk about.
Is now the right time to purchase a vehicle by the time the coronavirus was sweeping the nation, all types of individuals like ben johnson, a consultant in northern virginia.
He already knew he wanted to replace his 2014 subaru forester with something bigger for his growing family.

He decided on a new minivan because he was holding off hoping that the prices would be in his favor a little bit more, but the pandemic forced many dealerships to close in his area in march and april and, as you know, auto sales were starting the plummet.
The government of inventory was slowing down because the glut was just so much and sales led to deals and incentives, including zero percent financing, deferred payments, big discounts, so what he decided to do this past spring was saying this is the time to buy.

He found through costco’s car buying service, which gave him access to a nationwide network of more than 3 000 dealers, now costco, a great organization offering to guarantee price that was more than six thousand below the manufacturer, suggested retail price or better known as an srp and Connected him with the local dealer that had the vehicle in stock and a buy at home option, the dealer offered to bring the car so him and his family could test drive it as well as other models that, if he wanted to compare, he decided instead to Stop by the dealership to test drive the ad odyssey along with look at some other colors.
The sales staff who had sanitized the car wore masks gloves stayed six feet away from him and, after he confirmed the purchase, a dealership representative wearing masks and gloves delivered the odyssey to his house with the final paperwork needed to sign.

The process does work, they will come to your home and in this situation in five or ten minutes he was back doing his job again.
So i guess what i’m saying is foot traffic dried up early in their year, car dealerships were forced almost overnight to change how they sell cars buying at home or contactless options were already a small part, but now it was growing in the market, but the pandemic Significantly increased the number of deals taken apart infrastructure sales said that these transactions used to comprise of about five, no more than ten percent of the car sales, but by mid-may, had risen to about 27.

In about five days, trying to figure out how we’re going to deal with this so depending on where you live, you may have that same experience with the dealer.
That’s there so choose a car, find a bottle, find a dealer.
That’s near you and try to take advantage of now then giving you the best customer service that they can find, because they will do anything if you’re within reason to come to you and make sure that everything that you’re looking for is there.

This is the best way, and some folks say this is the way of the future.
Financing is going to be there.
Incentives are there.

Many dealers now know specifically which financial approvals online are better than others, so that process has been really watered down and the sanitation of the vehicle on delivery.
So you know being the buyer of how it works so we’re doing everything we can in our power to make sure that your experience at the dealership, when you’re purchasing doing this cobit 19 situation is as best as possible, so give them a ring, bring up their Website, you might be surprised of what you might find now.
We got a second part to this, that we’ll get to and that’ll be next time, so shop, smart, autos and champion strategies.

This is brandon hardison, saying go on out and make it a champion.