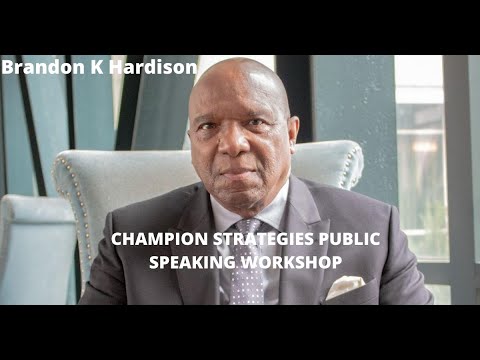 We do this for our first time, teachers and i hope many of you do get the opportunity, if you’re not doing it now to be in front of the room teaching our babies.

If you have to do it, uh virtually that’s a different story, but if your district is allowing you to be in the class in front of them, that is the best position to be in because you’re in the most needed job that we have in america teaching Our babies, so public speaking, is very, very important to what you do each and every period with different classes, depending on, if your secondary or elementary teacher first time supervisor.
First time manager meeting with your team members, many of them you inherited, you didn’t, go out and select your own, so they’re thinking back.

How can you do any different than the previous boss that we had so you’re going to be doing a lot of public speaking in front of the room with your group going over numbers how to improve objectives whatever it may be? Just keep in mind.
It’s a training session that you’re always doing as far as public speaking.

If you wanted to have a beat up, drag down numbers fight, this isn’t the place to do it.

This is the place where we learn, so we can get better or maybe somebody told you you’re, a great public speaker, oh wow, you’re, so good you need to get into it all these conventions.
All these reunions.
You should have no problem until covet hit and now everybody’s trying to get a little space in this box, as i call it not saying that it can’t be done, but if you want to do it effectively, there are two-year four-year institutions that will give you a Plethora of different ideas, under the umbrella of communications, where public speaking’s at and maybe to be a nice career change for you, maybe you’re one of those people that just say hey.

You know what i have the discipline.
Let me just go around and see if i find some content or some videos that fit into what i think i can incorporate into my public speaking and you might be successful.
So this is why we do this at champion strategies giving you some free knowledge on public speaking, so i’m gon na pick it up from where i was the last time we were talking about improving your public speaking skills, so picking it up from where we left Off yesterday, how about meeting the audience members first kind of different for some folks, because they like to be back in the green room alone getting their head together, but i always found it a good idea to meet a few of the audience members before taking the Stage same thing with a teacher with students or a supervisor manager, this is a great way to claim pre-presentation jitters.

If we can talk to people understand who they are, and they know something about me, we can claim these things back call jitters.

In other words, there will be no such thing if i’ve already broken the ice with you not to mention network and recruiting opportunities, because after you give your speech once again, there’s nothing better than referral.
Someone who likes what you said and they want you to come and do it for their team members, how about giving yourself time to assimilate.

In other words, many speakers begin talking immediately being introduced or walking on stage.

Instead, try approaching the stage in silence.
This gives you time to gather your thoughts, take a deep breath and get used to being in front of the audience.

It also gives your audience the chance to get used to you as well.
If there are checking emails or finishing up some last minute texts, it provides a better moment giving them the time to wrap up, and here you are waiting for them.
So in a sense the old school don’t open with an excuse.

You would be amazed of how many people will start their speech with sorry.
I didn’t have much time to prepare or my flight was delayed.

No one cares always leave those things out.

They sacrifice to be here in your classroom at your training session in your meeting.
So your audience doesn’t care announce to them that you haven’t prepared or long flight um.

They will not move an inch.

If anything, they may start calling you names in their head.
How about being controversial? The first 30 seconds of a speech.

Presentation of that content tells you almost everything you need to know about.

What’s next, that means you probably haven’t made it past introduction about yourself and before you either gain the intention of your audience.
So why not try a few things? How do you make the most out of the first few seconds, be controversial, use inflection in your voice and engage in natural friendly body language instead of staying glued to your podium lecture, walking casually back and forth in front of your audience, your gestures with your hands And eye contact may be stiff and rigid uh loosen up move around have some fun.

I don’t know how many times i’ve said that to people don’t memorize your content.
You should understand the concepts you’re going to be communicating, but just bullet points and rejoice.
When you make a mistake, i’ll say it again: that’s crazy for some people you’re going to rejoice.

When you make a mistake yeah, i once had an instructor who would openly rejoice when she made her first mistake in front of any large class.

She said it took the pressure off for the remainder of the class.

She could simply relax and teach now.

Well, it’s not for me, but i’m just throwing you out to some people.
This may be what you need to get the big elephant out of the room, and this way you can do your best because they have you there for a reason: don’t beat yourself up.
Don’t feel embarrassed or don’t let things derail because of your lack of composure.

All of these things when it comes to public speaking soft little things, maybe we don’t need to do maybe your teachers who are ever monitoring – you don’t see it happen, but if you get involved with a good program, believe me they will stay on you and it.

It’s going to help you in the long run, public speaking is one of the best things that elevate average people to people who are considered for other jobs, we’ll get to that a little bit later.
Now, if you got something out of this, i do appreciate it once again: brandon hardison president of champion strategies, and as always in parting, you go out and make it a champion.