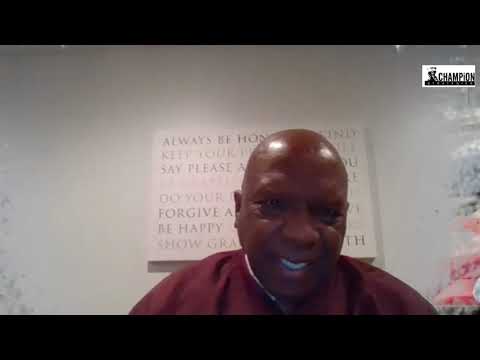 Hi brandon artisan president of champion strategies with our ongoing public speaking workshop, trying to get you and your babies prepared for what they need in the future.

So, let’s get right to it, public speaking, it is commonly said as one of the most passive fears on anybody’s survey for decades only to death.
It is estimated that 75 of people who suffer from fear of public speaking in academic training speaking skills, rarely taught a formal sense of how to get over this anxiety and discomfort.

But yet public speaking, is one of the most important skills for scholars.

Hence a skill which is commonly tested from lectures and from formal presentations now we’re talking about the professors, the big guys, so they also fear coming in front of you.
You see the goal of this module that i’m presenting to you is to provide some materials.

One can use as a core for the beginning of the journey of being uncomfortable with public speaking.

Each section that we go through will contain specific tips on how to make public speaking less daunting.
First thing we need to do is recognize that public speaking is an everyday activity.

I’ll stop! Let you think about that public speaking is an everyday activity.

You already do it, so why should there be a big fear if i’m a professor, if i’m a teacher, if i’m in academia or i’m just trying to talk to people, see if you think about it the ways in which public speakers present every day social gatherings? You go to that speaking to one’s colleagues, co-workers, mentors, advisors, friends, you do that uh skyping! You do that participating in community work, whether it’s for church, family, recreation, we’re already doing these things every day.
It’s just that.
We feel comfortable with the people we’re speaking around public speaking is no different to a group of audience that you do not now.

The key thing is practicing getting people to take the tips anyone’s tips about public speaking to another level.
Practice is the hardest thing that we try to get children to do from a young age if they’re doing with youth sports all the way up to high school.
If you play an instrument, if you want to be good in anything, we must practice now.

Some assumptions about public speaking are is that the people that are in front are already subject matter.
Experts and they’ve been through it, yes, but they stumbled.
They fall in order to get where they’re at it took practice.

Uh, they’re, great spreakers, right now and they’re fearless.
Well, that doesn’t mean they go through the same things that you go through, one being nerves before they get in front of people, see, there’s fear is always there am i going to do well, i might want to mess up.
You have to find a way to suppress these things and be confident, and what comes out in your content right that explosion that take away that you want to give the people also handling questions after i’ve.

Given a speech now this nerve wrecking what are they going to ask me? No matter what they ask, you invite the question.
Thank you for the question right.
I really appreciate the opportunity to answer on my own with that, but q and a’s are no different to handle than any other q a’s.

If they hit you with something that you’re not prepared for you, don’t have to walk down that rabbit hole just simply say interesting, good information, let me have my team and i’ll get back to you after we do our own research.
I mean anything that’s out there, but i guess i wanted to show you for you today, no matter what profession you’re in public speaking is tough.
So if you want to look at it as a way to make some real money, it can be done, but there is a starting point and that starting point is practice once again: brandon hardinson president champion strategies and spokesperson for a lot of organizations out there.

As always in parting, you go make it a champion.