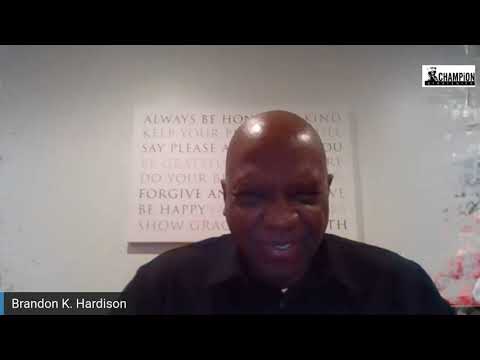 I would like to give you an overview of another way of attacking this for a another school project that a parent reached out to me before.
So, let’s get right into it.
The main thing was that they, the teacher, were spending so much more time than they realized doing more public speaking as far as parent-teacher groups and other things that were going on in their responsibility at this particular school.

Now, i don’t believe good public speakers necessarily make good teachers, in fact often they’re, not that good.
The role of a teacher is to facilitate learning not to talk all about the great things that one’s life is going to be.
However, i do believe that improving your public speaking skills can have a positive and powerful effect on your teaching, but probably not for the reasons that that’s your thinking.

I mean that working on your speaking skills focuses you on communicating clearly now that’s important, but the most positive outcome of this is that you appear confident.
While you may not feel confident on the inside your projection, the whole way that you attack the situation.
This is going to elevate you over that 180-day school year period when it comes to those different babies that you have in front of you in business.

We call it relationship marketing.
It’s your aim to project yourself in such a way that prospective customers will begin to know you like and trust you also teaching.
Isn’t that different? Really, if you want your learners to know like and trust, you should also have an opportunity to create a learning environment.

In which they thrive and have the best chances for success now, what follows are my thoughts of how to improve what the young lady had sent me about the different responsibilities back after school.

So, let’s all agree that public speaking is terrifying.

Even there’s single talks that i do on just how many people in america hate public speaking and eventually we carry on so here’s what i want you to really start putting your head around with careful preparation.

That’s the key word that preparation that practice, as well as the use of specific routines you teacher, can reduce your fear of being in front of the people public speaking all the time now we can learn stress and anxieties that are bad for yourself and staying away, But pre-performance pre-performance nerves, whether you’re a speaker, athlete teacher actor.
It can be an asset if most people would just look at that.

Instead of getting nervous and shutting down, you just need to know how to transform those nerves from a negative to a positive.

Now, since you’ve talked about teaching, there’s biology in all this also it’s useful to understand what happens to our bodies when we’re nervous.
It’s all about the brain.
Your brain has one important job.

Keep you alive.
It makes your organs works and keeps you safe.
When you are potentially in a dangerous situation, for example, standing in front of a group of people preparing to speak you’re experiencing the feeling of fear in response to your fear, your brain releases, different chemicals and different hormones that will fight this fear.

Now, an underlining part of all of this is that your heart rate and everything else will start to elevate now, the more fearful you are, the greater the surge is going to happen.
So how does this help me? So if you perceive a situation to be terrifying, then it’s going to be a big body rush, moving everything in your body, one time which will shut down your brain and your thinking too much of it is going to take away your opportunity and your moment for Success and you’ll go the opposite way.
Didn’t say your organization will, but how the students perceive you from that point on.

Will you see the brain does not know what you’re scared of you don’t even know.
Is that there’s an emotional reaction and something’s going off? We need, in our mind, is to keep our fears down as much as possible.
If you can make your students, if you can make the people in business and the other side of the room, scare, less scary, i should say, and also your body on how to stay in calm position now.

You’re on your way to a good professional routine, which is success for the client and also success for the students.
Now there are many other tips that we would like to touch on, but we’re going to have to do this, probably in a two-part series, because i want to transition into how to become a better speaker.
The things that you need to do to get in and get off, for example, listening for verbal filters for yourself, the um’s, the ooms, you know you know that’s a big thing for anyone in the audience, but especially the babies.

The pace that you use are you running a thousand miles an hour as you’re trying to describe something that you have up on the smart board or, if you’re, still reading from a hardback book pace yourself, people cannot read as fast as you probably want you.

What comes out of your mouth if you are using a microphone or if you’re, just a loud, talker drink some water before you start to speak, not too much, but this will bring down anything.
That’s in your diaphragm area.

Your bladder area, when this is down projection goes up practice understand who you are first before we go out and tell the world that we want to do this.
Your family can help you, your friends, can help you they need.
To be honest, you need to understand that they’re, just critiquing you and most people don’t go through this critique period.

They just go.
Do the assignment now we’re gon na have a part two for you on the next video dealing with this teacher who finds herself besides.
In the classroom, i must also represent the school and other parts of my activity during the school year once again, brad and hardison president of champion strategies, hope you got something out of this session.

We’ll see you next time and as always in parting.