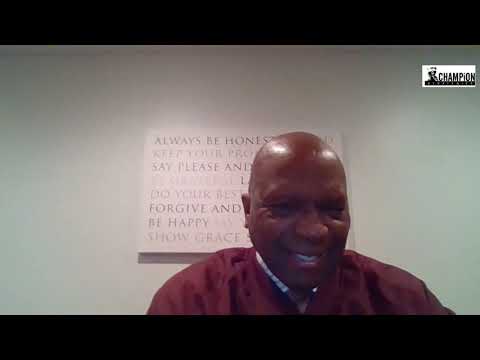 Hi brandon hardison president of champion strategies with our ongoing series on public speaking a little free workshop for you, because you know you can go online and find some outstanding institutions of higher learning with the overview of communication which public speaking falls under.

But there is a pay for that or you can peruse around the internet and find youtube or some content that feels in line with what you’re trying to do, and since you already understand the importance of discipline and practicing, you can also do well.
Those are the people that we’re trying to help out with the things that we share for free i’d like to tell you about a story about a person who, a couple of years ago, who attended their first meeting at a golden gate.
Toastmasters, the largest toastmasters club in san francisco, the reason why they were there is because they wanted to move up and their manager felt that, in order for them to move into a managerial position, they needed to improve their ability to effectively address a team of people.

Over the next two years, the person saw large improvements in their public speaking skills, but also an improvement of all around social skills as well.
There was a transformation not only to the person, but the friends and the contacts that he did make from speaking.

They got a wealth of leadership experience and also learn some key things about speaking successfully when it alluded to making a decision, and there were five things that came out of it that i just would like to share with you stories.

We’ve talked about that before, but here’s a person who said that he learned by telling stories over facts kept the audience more engaged.

He also talked about a story about former president ronald reagan, but the idea at the end of the story was never giving up.
Another thing the two to one rule, in other words when you’re speaking the two to one rule, is a tip that a very experienced level front of the room speaker came up with decades ago, and i can assure you most audiences will.

Thank you.
If you do remember that, give them what they wanted present pretty good information and make it great, and how do we do that? I would recommend starting off your story with a hook to get the people interested to get them from getting away from what they’re thinking and concentrating on you, however, for more factual presentations, you’ll need to keep the people’s attention over a longer period of time.

I would suggest slipping in a few jokes with a couple of weave remarks and even a few names if you’re feeling a little edgy, now there’s more to the story, we will get to it in other videos, but the key thing getting the audience to know that You’re comfortable with the information that you’re going to present to them, they have to first see that you are serious about the content of the presentation that you are in front of them to talk about once again.

Brandon artisan president of champion strategies with our ongoing series of public speaking, we’ll be back with you again with another installment of this particular segment and meantime, as always in party you go out.